A note from our Founder: 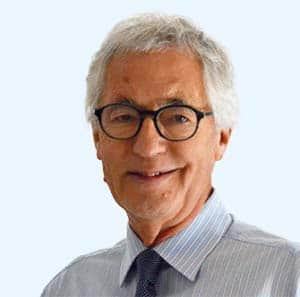 Paul Wilcox left his senior management accounting role in British Steel Corporation in 1976 to join the personal advice industry. By 1978 he was setting up personal trusts for wealthy clients seeking to mitigate Capital Transfer Tax (described at the time as the death tax) – the forerunner of Inheritance Tax. These trusts were not a strategy to avoid tax, they were a means to stop already taxed assets from suffering a second layer of somewhat ‘inappropriate’ tax. However, the benefits of settling money into trust go well beyond tax mitigation. A trust is a secret and timeless box of magic tricks for managing family assets (as we are sure the Duke of Westminster knows very well). Paul’s original clients then had their trust money’s managed by their own independent stockbrokers.

The area representative of the company then offering these trusts was Bob Young, who was to become Paul’s good friend and later his business partner. The advice firm, Wilcox Young, was thus born, just a few years later. In time they launched a range of funds suitable for trustee investment and continued to assist clients to ‘settle’ a portion of their investments into their own family trusts, often invested into WAY’s own well-spread, portfolio-style unit trusts.

Fast forward to 1996 and the partners, along with two further members, established the WAY Group – Wilcox And Young, effectively. The Group then grew substantially over the many intervening years, remaining focussed on advice and investment management, before divesting itself of various non-core activities to re-focus on their shared passion for bringing the incredible family benefits of personal trusts to an ever-growing audience. The original WAY portfolio style funds (the WAY Funds) were taken over by Brompton Asset Management some years ago but, remain competitive (from a performance perspective) and are still managed with trustee investment in mind. Many ‘WAY’ trusts continue to successfully access these funds for their investment.

Meanwhile the WAY Group currently has a single focus going forwards – the establishment and management (via WAY Trustees) of family trusts for the moderately wealthy. They have been responsible for setting up some 1200 individual trusts containing assets of almost £200m. The benefits to the Settlors of those trusts, and to their families, can be life-changing as their circumstances change, often well beyond expectations, good or bad. Paul Wilcox continues as nominal Chairman of the Group, but the highly professional team which has evolved over the years now has its own impeccable reputation.

No comments to show.
We use cookies on our website to give you the most relevant experience by remembering your preferences and repeat visits. By clicking “Accept All”, you consent to the use of ALL the cookies. However, you may visit "Cookie Settings" to provide a controlled consent.
Cookie SettingsAccept All
Manage consent

This website uses cookies to improve your experience while you navigate through the website. Out of these, the cookies that are categorized as necessary are stored on your browser as they are essential for the working of basic functionalities of the website. We also use third-party cookies that help us analyze and understand how you use this website. These cookies will be stored in your browser only with your consent. You also have the option to opt-out of these cookies. But opting out of some of these cookies may affect your browsing experience.
Necessary Always Enabled
Necessary cookies are absolutely essential for the website to function properly. These cookies ensure basic functionalities and security features of the website, anonymously.
Functional
Functional cookies help to perform certain functionalities like sharing the content of the website on social media platforms, collect feedbacks, and other third-party features.
Performance
Performance cookies are used to understand and analyze the key performance indexes of the website which helps in delivering a better user experience for the visitors.
Analytics
Analytical cookies are used to understand how visitors interact with the website. These cookies help provide information on metrics the number of visitors, bounce rate, traffic source, etc.
Advertisement
Advertisement cookies are used to provide visitors with relevant ads and marketing campaigns. These cookies track visitors across websites and collect information to provide customized ads.
Others
Other uncategorized cookies are those that are being analyzed and have not been classified into a category as yet.
SAVE & ACCEPT